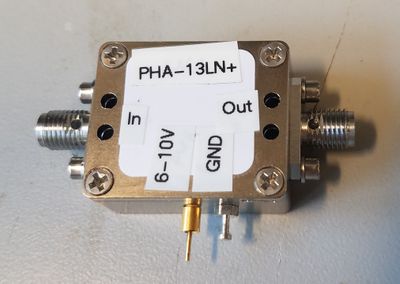 A low-noise 50-ohm broadband amplifier for early gain stages that functions at at a range or radio frequencies. Functions using the PHA-13LN+ (see parts list at bottom). 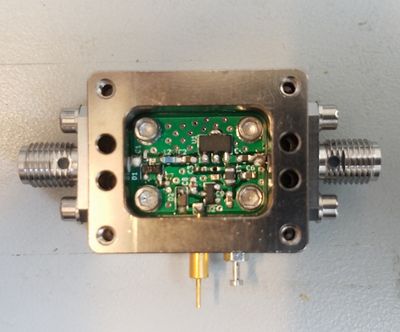 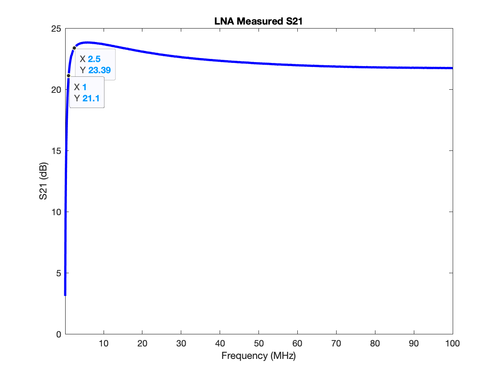 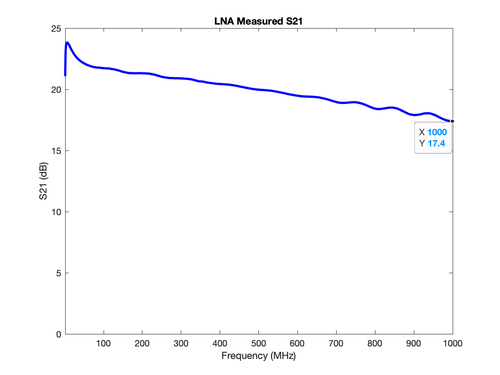 The enclosure is fitted with a crossed diode on the input to protect the pre-amplifier. Preliminary testing showed the circuit survived 200 Watts of transmit RF power (~5% duty cycle). With >1 KW of power, the PHA-13 was damaged and had to be replaced. The other components inside the enclosure survived. 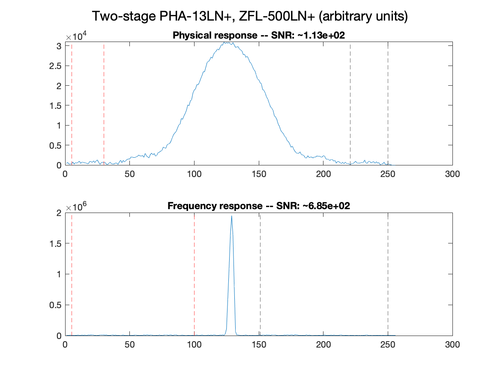 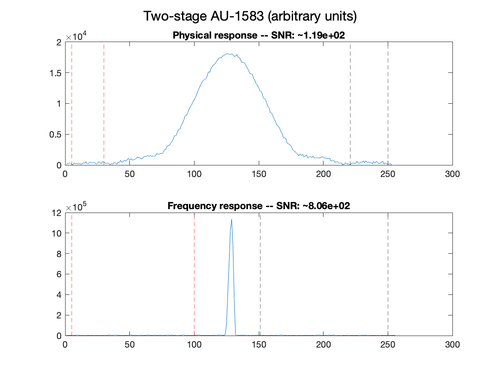