The choke consists of a 3D-printed toroidal core wrapped with 22 AWG magnet wire. For our models, we used cores printed on the Dimension sst 1200es with ABS filament and BELDEN 8051 22 AWG magnet wire. Cores measure 8mm ID, 16 mm OD, and the wire wraps as many times as can fit on the core. In addition, each end of the wire wraps once more around the core (external to the first winding) to add capacitance and inductance. Approximately 2 feet of wire is used, with roughly 34 turns plus one "bonus" double wound turn on each end with each lead. 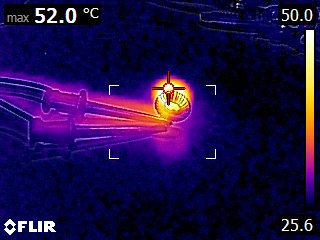 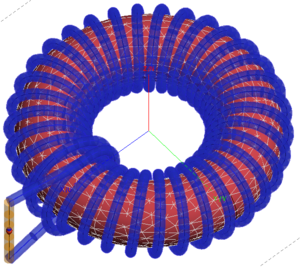 The chokes were tested on a 125 MHz test coil. We measured a shift of less than 1 MHz when using the choke to bridge the capacitors in a resonant RF coil element circuit. We also saw good blocking of a twisted pair attached by two chokes to a port of the coil. Testing results are at the bottom.